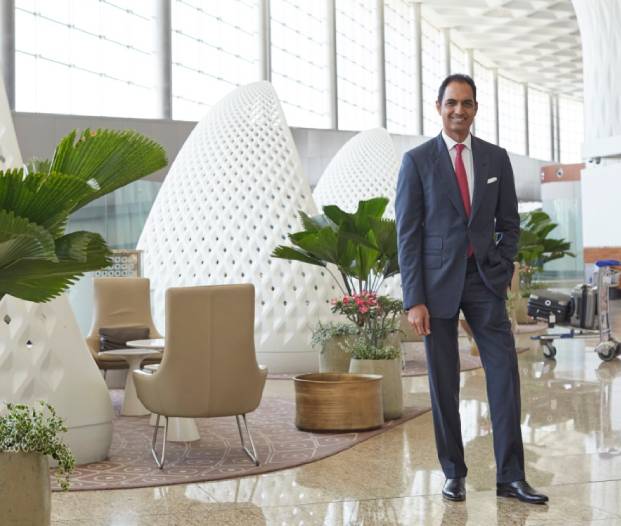 India’s growth pace including demands and the market is a picture that runs parallel to faster expanding urban areas, industry dotting landscapes and a population that is rapidly multiplying. To sustain the country’s goal of becoming a developed nation-state of the future, the energy sector forms the lifeline that ensures industries, communication, technology and the economy grow rapidly.

On a global scale, the current times mark not just changes in demands and structures but a change in the way people around the world are meeting their energy needs. As smart energy solutions through modern and collaborative efforts are setting the tone all around, India’s unique energy segment is towards innovative ways.

Muharram 2021, Ashura Date in India: When Is Moon Sighting for the First Islamic Month?

The power sector of India has been one that has achieved quite some reformatory successes through the years. As the IEA’s Executive Director, Mr. Fatih Birol remarks, “India has arrived at the center of the world energy stage”. At present, it is the fourth largest energy consumer in the world, with projected growth between 2019-2040 accounting for a whopping one-quarter in global power demands which is the highest in history. What also accords a striking feature for India’s energy segment is how the government has opened 100% FDIs in the sector for investments and private energy players to enter at ease.

With power consumption estimated to reach digits of 1894.7 TWh, the government is tilting efforts to increase generation and supply. Ranking 6th in the list of countries to make the biggest investments in clean energy, India’s 2040 goal aims at institutionalizing a power system bigger than the one within EU, and to be the third largest in the world.  Core agendas of rural electrification, curtailment of power losses in transmission lines and a shift to sustainability have been some of the other biggest government steps in the recent times.

GV Sanjay Reddybrings focus on government policy formulations like the Deen Dayal Upadhya Gram Jyoti Yojana and the Integrated power development scheme that deals with core ongoing issues across our country, and which have been put in sync towards larger policy formulations for India’s aim towards becoming a booming power market.

In his remarks on the subject, he states how, “it is certain that the decades to follow will create bigger surges of 24*7 power demands while the government’s role would magnify to endowing the necessary shift to a green energy future, whilst also developing and implementing  solutions for the unique energy ecosystem of the country.”

With marked progress underpinning the journey so far, a National Electricity Policy Draft was pushed in the beginning of 2021, that aims to pace up the power infrastructure of the country while keeping sustainability and better accessibility as its core missions. As new strategies increasing delve to change circumstances, we are yet taken back to the question of the way out of our energy poverty.

GV Sanjay Reddy acknowledges existing pitfalls in the system, such as the harsh fact that about 20% of India’s energy generated is still lost during transmission and distribution – with the digits being more than double of the world average. The issue of power loss and wastage escalates into financial crisis in the sector, with the discoms set to bear recurring losses, which further hampers their abilities to make timely payments and continue operations smoothly.

The government aims to address the issue by allocating liquidity infusion package for discoms with an outlay of Rs 90,000 crore, which was later expanded to an amount of Rs 1.2 lakh crore. GV Sanjay Reddy complimented the government’s role to intervene and help andemphasized, “to make a way out of these on-going problems, it is high time that we optimize and look for long-term solutions. The spotlight has to be on leveraging the emerging technologies, to build better efficiency into the system and to root out problems from the core.”

His suggestions include the use of emerging technologies with the energy market that can update our existing infrastructure. Investments must be channelized to bring the best of the world to the Indian markets –with IoE (Internet of Energy) being one such efficacious bet.

Internet of Energy is, in essence, a communication system centered on data acquisition, transmission, processing and storage. It derives from the Internet of Things (IoT) where communication occurs based on elements and uses digital transference to update existing systems and connect them to a network. As a rapidly popularizing technology, the IoE aims to bring all the existing power infrastructure into one network, enabling a digitalized monitoring of the power ecosystem.

Transmission, distribution, consumption, upgradation, monitor control and automation are only some of the many areas that the technology can benefit in. Enabling automation in the power system, IOEcan readily identify faults in the distribution lines, can help curtail losses while improving efficiency of the process.

As communication occurs through the internet, sensors enable quick and easy data collection, that makes these systems easy to monitor from the backend while also reducing the costs of labour. These smart entities come with solution building systems to setting changes in the areas of fault without the need for any physical interventions.

GV Sanjay Reddy further explains how “Issues of Monitoring, Optimization, Waste reduction and automation are all packed in one solution now- Internet of Energy. To add to the best, the system absolutely harbours the same green energy motives as India- being clean and creating very less waste or hazards.”

He highlights the examples ofGeneral Electric (GE) in making successful use of IoE technology through its domestic startup, by connecting LEDs and solar panels with software. The system that backs it and gathers the data to help increase savings in causes of lighting andefficiency.

In the Indian space, Jaipur-based Gram Power employs an IoE based power distribution management platform for their smart solar micro-grids, which remotely manage the system. Pointing towards the future,GV Sanjay Reddy encourages attractive investments to draw booming traction for IoE technologies not just in our country, but also globally.

He points out to the MarketsandMarkers forecast that states how Internet of Things (IoT) in energy is expected to grow from USD 20.2 billion in 2020 to USD 35.2 billion by 2025 across the world, at a Compound Annual Growth Rate (CAGR) of 11.8% during the forecast period.

With great-looking opportunities for the IoE in the energy markets andan increased implementationof technology to aid the Indian energy ecosystem, investments and profits.